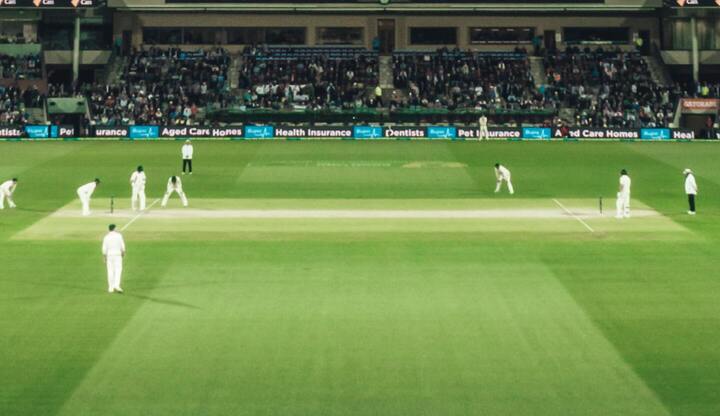 Sachin Tendulkar has been the greatest ever ambassador for the game of cricket and he needs no introduction. He has been an icon for the gentleman game because of several reasons. Sachin is known as the ‘God of Cricket’ for a reason. He is the most technically perfect and the most innovative batter who has a never ending hunger to improve his game. His record speaks for himself and there is merely a single record in cricket that the little master has never featured. But the biggest record that Sachin has ever produced in the most number of International centuries by a cricket player. Sachin holds the record for smashing 100 centuries in his career. He also has the most career runs scored by a batter in international cricket and an ‘n’ number of other records.

Sachin was born on 24 April 1973 in Dadar, Mumbai. Ramesh Tendulkar, the father of Sachin was a famous marathi novelist and a poet. Sachin showed glimpses of his interest in cricket during early years itself and at the age of four he used to watch his brother Ajith play cricket with his friends. His interest in cricket grew more and more when he saw India lift the world cup under the captaincy of Kapil Dev. His brother Ajith took him to Ramakant Achrekar for advice and he was awestruck by the ability of the wonderkid. Ramakant insisted Sachin to join the Sharadashram Vidyamandir High School in Dadar due to their cricketing reputation. Sachin initially practised under coach Ramakant and he used to play cricket in Shivaji park in mornings and evenings before and after school.

Slowly, Sachin became a revelation and murmur among the boys in the town. The ability of the wonderkid began singing down the stress of Bombay. He built a reputation for himself on becoming a future star in making and at the age of 14, Sachin joined the Cricket Club of India and played matches for them. Along with his schooling, Sachin attended the M.R.F.Pace Foundation to train himself to be a fast bowler. The Australian legend Dennis Lillee, told Sachin to concentrate more on his batting skills because he was aware of the ability God had given to the child. During the Lord Harris Shield match between Shardashram Vidyamandir and St Xaviers, Sachin along with his childhood friend Vinod Kambli scored a tremendous 664-run partnership which became famous around Bombay. Sachin scored 326 alone in that match and that eventually led to his official selection to the Mumbai Ranji Trophy side on November 14, 1987 and he was selected for the 1987-88 Ranji season.

During his early days, he only had the opportunity to be a part of the game as a substitute fielder. He bursted into the scene at the age of 15 on December 11, 1998 when Sachin represented Mumbai in a match against Gujarat at the Wankhede stadium.
Sachin impressed everyone when the Mumbai captain Dilip Vengsarkar saw his reading Kapil Dev with ease, who was the best pace bowler of that generation. Sachin earned a spot for himself in the eleven and registered an unbeaten 100 becoming the youngest Indian ever to score a first class century on debut. Sachin then became the first and only player to score centuries on debut in all three domestic tournaments in India (the Ranji, Irani and Duleep trophies).
Sachin got the national call against the West Indies in 1988 with only a single Ranji season to his name. It was an age where the big tall West Indian fast bowlers used to dominate all around the world. Sachin was not selected to play in his first tour against the West Indies. He made his first appearance against Pakistan at Karachi in 1989 becoming the youngest ever player to represent India and this record is still unshattered. Sachin stamped his authority in his first tour itself. There was an instance where he was hit by a pace bowler and he insisted on carrying on playing even after having heavy bleeding. That sums up the little masters mentality and dedication towards the game of cricket.

Sachin Tendulkar- The Demigod of Cricket

Sachin Tendulkar was just unparalleled in his era. He had the luxury of sharing the dressing room with many of the greats in the game and he himself brought the Indian team to greater heights. He carried the burden of the hopes of a billion people year after year and gave mesmerizing performances for his cricketing fans all around the world. With 664 international appearances, 34,394 runs, 100 centuries, 164 half-centuries and a never ending list of records on the field and a plethora of achievements off the field, Sachin has been one of the best things that has happened ever for this game. The career of Sachin Tendulkar spanned from 15th November 1989 to 16th November 2013 and he represented Indian on the cricket pitch for a long twenty four years. The never ending legacy of the greatest ever batsman the world has ever seen cannot be put on mere words. It was an inspirational journey that should be closely analyzed and studied with conviction.
Sachin was the biggest brand in cricket and the impact he had one the lives of thousands of people in India is impeccable. Sachin was loved by people all over the world with no burden of caste or religion and people of all age groups watched Sachin play with tension and excitement in their mind. He showed the world how class a batter can be through his shot making and people became admirers of the beauty of cricket showcased by the master blaster on the field. He smashed some of the legends of the game from Wasim Akram to Shane Warne. There was never any bowler who had the better of Sachin. He always had an answer no matter what tactics the bowlers used to employ upon this. This is one aspect that made Sachin a class apart from others. Sachin used to give nightmares to the best ever spin bowler in the world Shane Warne and when the Aussies found out a weakness of Sachin driving the ball through covers, the great man decided not to play his favourite shot and made a mockery of the Aussie bowling attack by smashing 241 without playing a single delivery outside off stump. He was always keen to learn more and tried to improve his game each day.
Tendulkar became the first ever batsmen to score a double century in limited overs cricket at the age of 36 on 26th February 2010. The fact that he had achieved a new record that is new to the cricketing world speaks volumes of the genius of the master. This innings became a revolution and this came against South Africa in an ODI. Sachin also holds the record for representing his county most times in an ODI world cup and his dream of lifting the trophy was finally fulfilled in 2011 at the Wankhede Stadium.
Sachin had a rough patch later in his career when he was stranded on 99 international centuries for over an year and the unbelievable achievement of 100 centuries by a player was crossed by Sachin in an ODI against Bangladesh in 2012. He played his last ODI in the same tournament against Pakistan and announced his ODI retirement after the end of the Asia cup. However, Sachin always loved cricket and wanted to represent India in the longer format for another year and one fine day, during his 200th Test match at Mumbai, the little master announced his retirement from Test cricket as well. It was a series against the West Indies and the great Sachin Tendulkar finally bid adieu to the billions of cricket lovers all over the world on 16th November 2013. It was a day that no cricket lover would ever forget as the world saw the greatest ever in tears during his speech at the presentation. The stadium began to erupt as the crowd chanted ‘Sachin…. Sachin’ for one last time in his presence and that chant would remain in the minds of every ardent cricket fan forever.