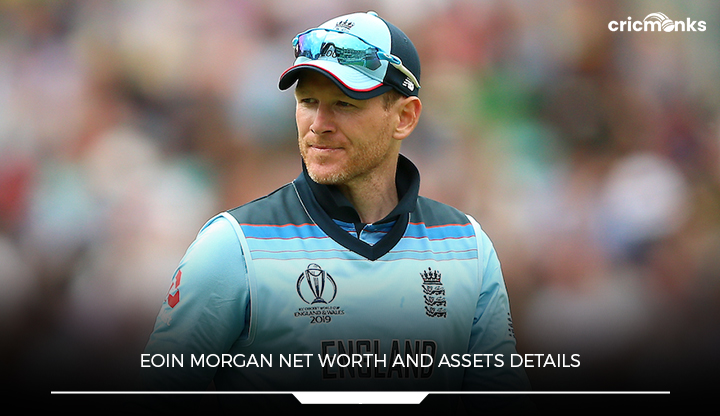 Former England white-ball skipper Eoin Morgan had decided to retire from all forms of cricket on June 28. Morgan is the first-ever England captain to lift the 50-over World Cup. The England side had previously been a part of the World Cup finals three times prior to that and was never able to come out on the winning side. He played a vital role in the transformation of the England team into the limited-overs format. They have introduced the attacking form of cricket and implemented it to great perfection.

Even though Eoin Morgan plays for England, the Irish-born cricketer had previously represented his home nation from 2006 to 2009. Morgan then moved to the UK to play for England and has played from 2009-2022. He also has an estimated net worth of $5 Million according to Celebrity Net Worth. He also owns multiple real estate properties and a luxury designer house in Dublin. He also has an impressive car collection that consists of some of the best luxury cars currently available including a Mercedes SUV.

Expected Net Worth in Last 5 Years

It should be remembered that the Three Lions reached the finals of the 50-over World Cup three times but never won. The fate of the England side was altered once the home team defeated New Zealand at Lord’s to win their first title. Morgan was instrumental in improving the English team’s style of play. They implemented the attacking brand of cricket in the limited overs side which worked like magic for them.

Moran let the side play the fearless approach no matter what the game situation was and they were ruthless and dominant in every limited overs match. The Three Lions rose to the occasion and henpecked the match situation in their control under the leadership of Morgan. The English side also made it to the finals of the 2016 T20 World Cup under the leadership of Morgan. They lost to the power packed West Indies side in the final match. They also made it to the semi-finals where they lost to New Zealand in the recently concluded 2021 T20 World Cup as well.

The England side recently scored the highest ever total in ODI cricket against Netherlands where they scored 498 runs in that match. They broke their own record of the  highest-ever total in ODI cricket. They have scored more than 400 runs in ODI cricket five times. This was made possible with the high intensity brand of cricket implemented by England cricket over the years which also altered the whole dimension of the T20 game as well.

Morgan will be delivering commentary for England’s white-ball games this summer after retiring from international cricket. He is a great cricketing brain and fans across the globe will be waiting to hear the perfect analysis of the game from him. After accomplishing so much in cricket, the left-handed batsman will be looking forward to spending time with his family.