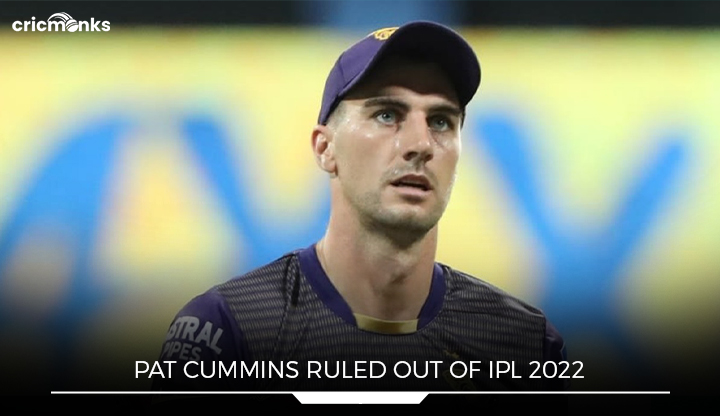 The Kolkata Knight Riders had a disappointing campaign this year as they are currently placed 7th in the points table. Even though qualification for the playoffs is mathematically possible, there is no realistic chance for Kolkata to make it through. To make matters worse, they face yet another blow as their lead pacer, Pat Cummins, has suffered a hip injury. He will no longer be available for a selection of the remaining matches in the Indian Premier League. The Australian Test captain left the team’s bio-bubble towards Sydney. However, Cummins’ condition isn’t too severe, and he’ll be back to full strength in two weeks.

Cummins was late to join the KKR side due to international duties early in the tournament. The impressive fast bowler has been sidelined for the next T20I series versus Sri Lanka and his physical concerns are unlikely to derail the national team’s preparations. Cummins is the backbone of the Aussie side in all formats. He is likely to be fit for the ODI and Test series against Sri Lanka. Yet, his dismissal might jeopardize KKR’s hopes of making the playoffs. Even though he was not performing as expected during some initial matches of the tournament, Cummins made a spectacular comeback to the KKR line-up lately, snagging a match-winning three-wicket performance after warming the sidelines for a few matches.

The departure of Pat Cummins may be catastrophic to KKR.

Cummins was a regular fit into the KKR starting team during the last years and even though he was not up to the mark in the initial few matches, he came back strongly later. He was performing admirably for the side in the tournament and as a result, the Shreyas Iyer-led team would be severely lacking in his skills. However, cricket.com.au completed this significant report. It should also be mentioned that KKR has struggled in the tournament, presently sitting in the seventh position with five wins in 12 games. They only had a remote chance of making the playoffs, and Cummins’ departure has weakened that even further.

KKR must now win their last two games by substantial margins while also relying on other matches played. With Cummins out of the picture, KKR will rely on the likes of Shivam Mavi, Umesh Yadav, and Tim Southee to manage the pace-bowling unit. However, Australia’s comprehensive visit to Sri Lanka begins on June 7 and is the first of three Twenty20 Internationals. It’ll be preceded by five One-Day Internationals (ODIs) and a few Test matches. Cummins, who has performed admirably in his recent international outings, hopes to maintain his strong form and deliver some additional match-winning efforts.

Not to mention that, in addition to being a wicket-taking machine, the 29-year-old is a useful hitter deeper down the order. He has produced some impressive knocks coming down the order and is more than capable of taking any side apart on the given day. He also made the fastest half-century in the entire history by equaling the record with KL Rahul in the game against Mumbai Indians in this year’s competition.  More than that, what really would affect the KKR side would be the opening spells and death bowling of the Aussie Test captain.

Test Cricket Is the Ultimate Form of Cricket: Virender Sehwag

I Would Not Have Gotten Any Matches if I Had Been Selected by an IPL Team: Cheteshwar Pujara