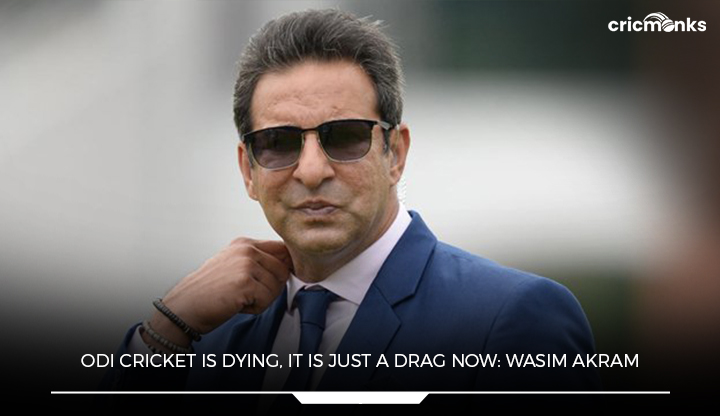 Legendary Pakistan speedster Wasim Akram believes one-day internationals should be phased out of the international cricket schedule. He also stated that one-day games will not pack arenas, particularly in Asian countries. Akram also supported England’s top allrounder Ben Stokes’ choice to withdraw from One-Day Internationals. The left-handed hitter had previously indicated that an “unsustainable” schedule had taken its toll on him, prompting him to retire from the 50-over format at the age of 31.

“I think so (on ODI cricket being scrapped). In England, you have full houses. In India, Pakistan especially, Sri Lanka, Bangladesh, South Africa, one-day cricket you are not going to fill the stadiums,” said Akram on Vaughany and Tuffers Cricket Club Podcast.

Stokes’ retirement from one-day international cricket is heartbreaking, but Akram supports his choice. The left-arm bowler went on to declare that one-day cricket is on its way out.

“Him [Ben Stokes] deciding that he is retiring from one-day cricket is quite sad but I agree with him. Even as a commentator one-day cricket is just a drag now, especially after T20. I can imagine myself as a player. 50 overs, 50 overs, then you have to pre-game, post-game, the lunch game,” said Akram.
“T20 is kind of easier, four hours the game is over. In the league’s all around the world, there is a lot more money — I suppose this is part and parcel of modern cricket. T20 or Test cricket. One-day cricket is kind of dying. It is quite tiring for a player to play one-day cricket,” he added.