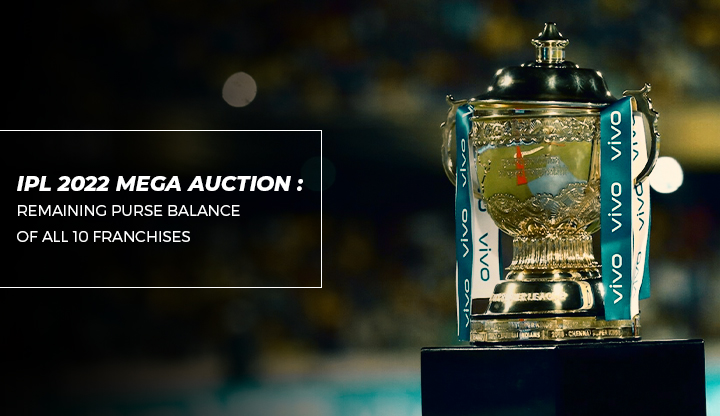 The Indian Premier League is now going to become more exciting with the inclusion of two new teams. The previous 8 teams were allowed to retain a maximum of four players. With the two new teams Lucknow and Ahmedabad picking three players each from the allowed pool of players, all the ten franchises have some retained players in their squad. The Lucknow franchise now has a balance of INR 60cr and Ahmedabad has INR 53 cr remaining.

The mega auction is supposed to be held in the middle of February. The Sanjiv Goenka-led RP-SG Group made a comeback into the mix after a 6 year gap. The RP-SG managed to acquire ownership of the Lucknow franchise after bidding Rs 7,090 crore against the BCCI’s basic price of Rs 2,000 crore. It is important to note that the same management had previously owned the now-defunct IPL team Rising Pune SuperGiants. Gautam Gambhir, Andy Flower, and Vijay Dahiya have previously been confirmed as part of the Lucknow franchise’s support team.

The Ahmedabad franchise on the other hand was purchased by the CVC Capital Partners, Theythey paid an amount Rs 5,625 crore to head west and make the world’s biggest cricket stadium at Motera their home. They also announced their coaching staffs including Ashish Nehra as the bowling coach along with the world cup winning coach Gary Kirsten as the head coach of the team. The current Surrey head coach Vikram Solanki will become the team director.

The BCCI had to approve the two Letter of Intent (LoI) to both the new franchises and there were allegations that the Ahmedabad franchise was involved in betting activities. For the same reason, it took some time for both the teams to get a green signal to continue with the new season. The BCCI found that the franchise owners were not guilty of any malpractice involved with the league.

Ahmedabad and Lucknow were quick to sign the players they needed, with KL Rahul, Marcus Stoinis, and Ravi Bishnoi joining Lucknow and Hardik Pandya, Rashid Khan, and Shubman Gill joining Ahmedabad. Both of the teams had their basics covered as both the teams followed the same template of picking an allrounder, an opening batter and a leg spinner. KL Rahul will lead the Lucknow side whereas his mate Hardik Pandya is set to lead the Ahmedabad franchise.

The Ahmedabad franchise spent equal amounts of money for the Indian all rounder Hardik Pandya and the Afghan spin bowler Rashid Khan which is 15 crores each. And because of the same reason, the Ahmedabad franchise will be entering the mega auction with the least amount of money in comparison with the Lucknow franchise. However, Punjab Kings is the franchise with the biggest purse in the mega auction with INR 72 cr as they have retained only Mayank Agarwal and Arshdeep Singh.