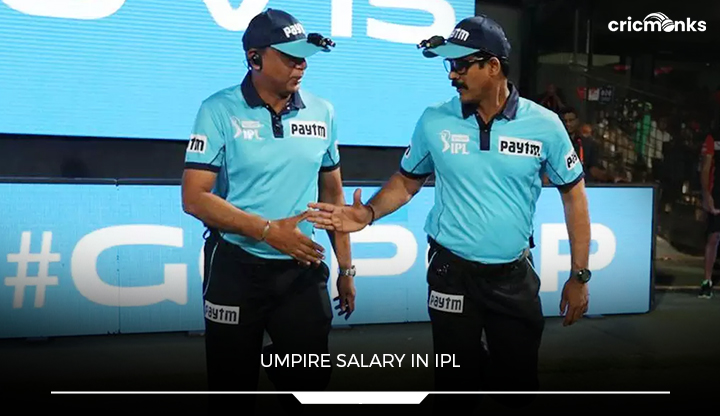 The job of an umpire is frequently overlooked. As a result, while considering becoming an umpire, it is common to overlook the fact that it is skilled hard work. The BCCI pays the umpires just as much as the cricketers in the IPL. The pay of umpires is divided into two sections: Umpires from the ICC Elite Panel earn INR 1,98,000 each match in the IPL, while training umpires get INR 59,000. There is also a predetermined sponsorship fee of INR 7,33,000 every season.

The total list of the Indian Umpires for IPL 2022: