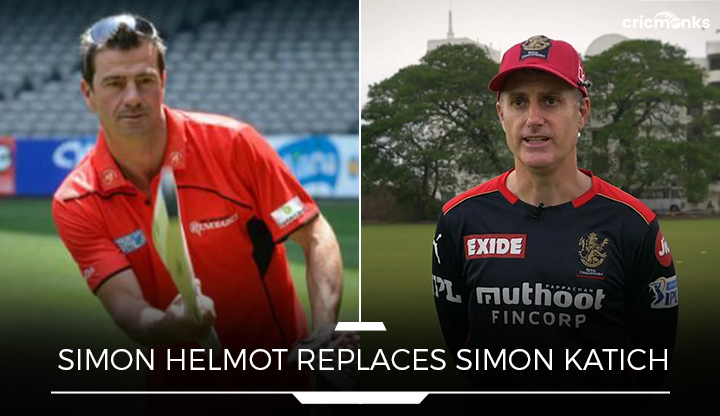 The Sunrisers Hyderabad are once again the focus of attention because of problems within the ground. SRH has always been a consistent team ever since its introduction to the IPL. David Warner and SRH had one of the most loving relationships in the whole tournament. But, last year, Warner was benched by the management and gave the captaincy to Kane Williamson mid-way through the tournament. The harsh decision taken by the management against Warner had created many allegations against them, and now once again, the saga continues with their assistant coach, Simon Katich, stepping down from the position before the season.

Katich was previously part of two other franchises in the IPL namely, Kolkata Knight Riders and Royal Challengers Bangalore. He was assigned as the assistant coach for SRH only two months prior to the auction as the management decided to revamp the whole support staff. Last year also, he could not join back with the RCB franchise during the second phase which happened in the UAE, due to personal reasons.

He was a part of the SRH support staff that represented their side during the two-day mega auction held in Bangalore. The members of the franchise were seen communicating with someone constantly over the phone during the auction process, who later came to be recognized as the current captain, Kane Williamson. The members of the committee included the likes of Brian Lara, Muttiah Muralitharan, and Hemang Badani as well.

SRH ended their last season poorly after qualifying for the playoffs for five straight years, David Warner was axed from the captaincy for the same reason, and the franchise also decided to part ways with coach Trevor Bayliss and assistant coach Brad Haddin at the end of the season. They were both not retained by the franchise before the auction, and at the same time, they made Moody, who used to be their ‘Director of Cricket”, their head coach, along with Muralitharan as a think tank and bowling coach.

Simon Helmot appointed as the new assistant coach of SRH

SRH has confirmed that Katich has decided to step down from the position of the assistant coach due to personal reasons. He has told the management that he no longer wishes to be associated with the franchise due to biosecurity issues and personal problems.

“He would have been needed for two and a half to three months here, including for the pre-IPL camps, and he felt it was too long to be inside a controlled bio-bubble. He has also mentioned family issues, and we have agreed to release him, “a franchise spokesman told

SRH, at the same time, has enrolled Simon Helmot as the new assistant coach, replacing the fellow Australian. Helmot was part of the same support staff group as SRH from 2012 to 2019 and also has a title to his name by leading the Trinbago Knight Riders to the CPL title in 2015 as a coach.

Katich was added to the side to form a new group of coaching staff ahead of the new season, along with West Indies legend Brian Lara and former India batter Hemang Badani. The group also consists of Tom Moody and Muttiah Muralitharan. The SRH management, headed by Kavya Maran, has yet to publish any official statement regarding the resignation of Katich.