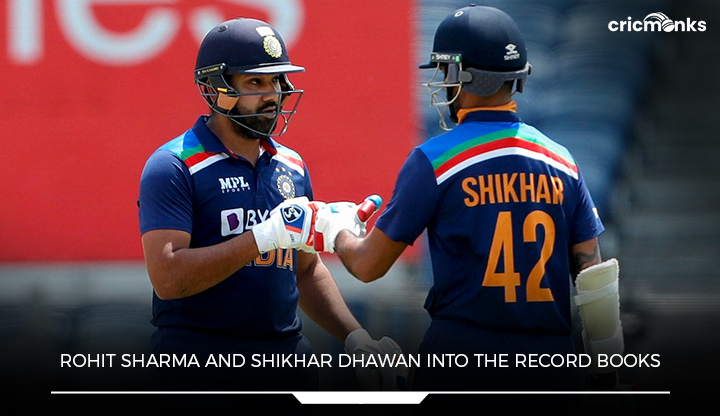 India has wrapped up the T20 series against England and will soon feature for the ODI series. After winning the T20I series 2-1, Team India is facing England in the opening ODI of the three-match series at the Kennington Oval in London. The match will see the comeback of Rohit Sharma and Shikhar Dhawan, among the greatest prolific opening combos in ODI history. The pair last featured together in the March 2021 home ODI tour of England. It’s primarily because Dhawan is no longer regarded for the T20I or Test formats. Nonetheless, the southpaw remains an important component of India’s ODI arsenal and would be unlikely to have an impact. Dhawan is also set to captain the ODI side in the absence of Rohit Sharma against the West Indies later this month.

However, Rohit and Dhawan are on the brink of a major milestone, needing just six runs to be the second pair in Indian history to reach 5000 ODI runs together. Sourav Ganguly and Sachin Tendulkar added 6609 runs in 136 innings, whereas Dhawan and Rohit have 4994 runs in 111 innings. Ultimately, the couple will be the fourth to achieve the feat. Tendulkar-Ganguly is followed in the top list by West Indies’ Gordon Greenidge and Desmond Haynes who has 5150 runs in 102 innings to their name and Australia’s Adam Gilchrist and Matthew Hayden who scored 5372 runs in 114 innings. The opening combination of Rohit and Dhawan played an incredible role in shaping up the Indian ODI to become one of the fearful oppositions to teams all around the world.

Rohit Sharma, and Shikhar Dhawan Have Been Rock Solid at the Top

Rohit was promoted by MS Dhoni as a make-shift opener, eventually opening partnering Shikhar Dhawan in the 2013 Champions Trophy, and the combination has never turned back again. The two seniors work beautifully together, and their stats tell the whole picture. Although Shikhar Dhawan prefers to attack bowlers right away, the reigning Indian skipper prefers to take his time before launching the attack. Team India has momentum after easily defeating the Three Lions in the first two T20Is of the just-finished series before succumbing in the last game. In addition, the Men in Blue will very certainly deploy a virtually full-strength XI in the series opener. As a result, the hosts must knuckle down and bring their A-game.