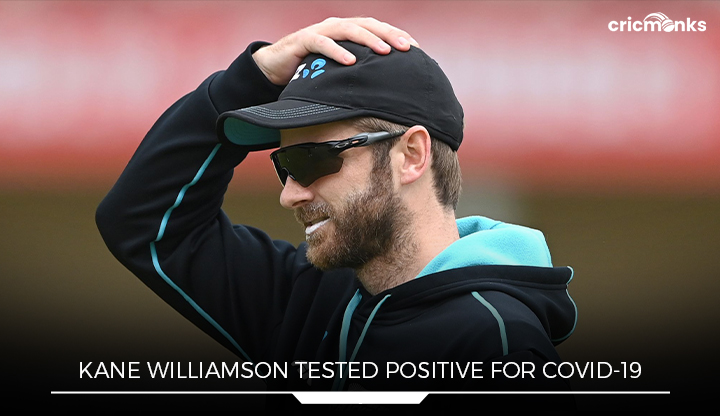 Kane Williamson has been ruled out of the second Test match against England upon testing positive for COVID-19 the day before the game, which begins on June 10 (Friday) in Trent Bridge, Nottingham. He’ll be held in confinement for 5 days, and batsman Tom Latham will take over as skipper for the Kiwis while he’s away. Williamson is considered one of the finest batters in the world, and New Zealand coach Gary Stead stated that it’s a tragedy the 31-year-old had to miss out on the eve of a crucial match. Hamish Rutherford, a 33-year-old opener who is currently playing in the local Twenty20 (T20) league in England, will join the team for the second Test in place of the New Zealand skipper.

We’re all feeling for him at this point in time: New Zealand Coach Gary Stead

Stead stated that he understands Williamson’s disappointment and also that the entire team is rooting for him at this moment. At Lord’s, New Zealand was defeated in their first Test match of the series as the opponents chased down 277 with five wickets in hand, thanks to batsman Joe Root’s unbroken century. Going into the second round of the three-match series, the visitors are in desperate need of a victory, and losing their skipper is a big blow for the Blackcaps.

“It’s such a shame for Kane to be forced to withdraw on the eve of such an important match.” We’re all feeling for him at this time and know-how disappointed he will be,” said Stead as quoted

England made a point by bowling out New Zealand for only 132 runs on the first day, with experienced bowler James Anderson taking four wickets in his debut Test game. The Kiwis responded well, dismissing the Three Lions for 141 runs, with veteran fast bowlers Tim Southee and Trent Boult each taking four and three wickets.

New Zealand set a good target of 277 for their second innings, behind by just nine runs after batsman Daryl Mitchell hit 108, supported by keeper-batter Tom Blundell’s 96. England’s chase got off to a shaky start, with top-three batsmen Alex Lees, Zak Crawley, and Ollie Pope all falling well within the 17th over, leaving them at 46 for three wickets. Root’s and skipper Ben Stokes’ combination set the standard for the game, with the former reaching 115* and Stokes scoring 54. Ben Foakes, the keeper-batsman, too held his nerve till the end, bowling an undefeated 32 of 92 deliveries.