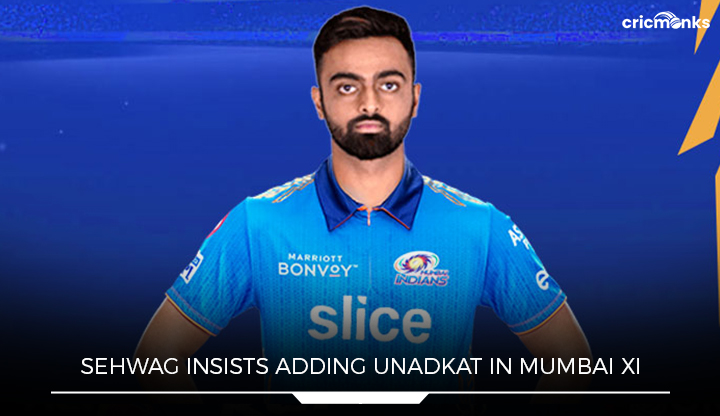 Mumbai Indians being one of the consistent teams in the IPL has made a poor start to their campaign this year with three straight losses in their first three games. The Mumbai Indians had already lost their core heading into the mega auction by Hardik Pandya going to the Gujarat Titans and losing many of their match winners to different teams. They made an impressive buy by bringing back Ishan Kishan for a record bid, but what they lacked is an excellent bowling attack. They bagged in Jofra Archer as a longer plan for the future, as he was not fit for this season. The vulnerable side of the Mumbai bowling attack was exposed in their matches and they now find themselves in a hole.

Mumbai is one of the champion sides and is always expected to make it to the end of the season before the tournament began, but now after seeing the mediocre bowling performances put by the bowling attack, many of them are not finding the Rohit Sharma led side to make it to the playoffs this season. The lack of experience in the bowling department and the unavailability of bowlers that can back and support Bumrah is the biggest worry for the side. They have roped in Tymal Mills and Daniel Sams to support Bumrah, but haven’t really worked out right for them.

Mills never lived up to what was expected from him and Sams went for plenty whenever he had the ball in his hands. Basil Thampi took three wickets in his first match but had two outings to forget in the following matches. Speaking of the current scenarios in the Mumbai side, the veteran Indian batter Virender Sehwag came up with the opinion that Jaydev Undadkat who was warming the benches up until now should be included in the playing XI. Unadkat has taken 85 wickets in 86 IPL matches but his economy rate of 8.74 is on the higher side.

It is important to note that Undakat is one of the only two bowlers in the history of IPL to have two five fers to their name. Virender Sehwag thinks that it is high time that they include someone like him in the playing XI given the experience he has in this format.

“Until last year, MI had someone like a Nathan Coulter-Nile, who would play if a pacer wasn’t performing well or was injured. If you look at MI’s bench strength now, it’s like the management will think twice to include those sitting out of the XI,” Sehwag said.

“The likes of Mayank Markande, Jaydev Unadkat, Riley Meredith, and Arshad Khan are sitting out. Besides, even guys such as Sanjay Yadav, Arjun Tendulkar, Hrithik Shokeen, and others aren’t the type of names who can replace Basil Thampi or Daniel Sams,” he added.

Mumbai made its mark at the top for several years with the kind of resources they had in both departments. After the mega auction, even though they have managed to put forward a champion batting lineup, they have failed in fielding a standard bowling unit this year. The two overseas bowler strategy worked like magic for them and right now they are running out of options to field a strong side in the park. Unadkat has taken 85 wickets in 86 IPL games, although his economy rate of 8.74 is on the higher end. The 30-year-old has numerous tools in his arsenal, from using the new ball to swing to hitting slower ones in slog overs. Nevertheless, his proclivity to err has kept him from routinely doing well.

Sehwag reckons that Unadkat would be MI’s best choice in this situation. “Of them all, I think only Unadkat is the one, who has the experience and did well one season for Pune (Rising Pune Supergiant). He was sold for some 15-16 crore (INR 11.5 crore in IPL 2018 auction) but even then, his next season wasn’t that great. So he is the only one who looks potent enough to partner Bumrah,” the former Indian opener pointed out.

“Barring him, there aren’t too many others. MI doesn’t have a bowler who can bowl three overs in the Powerplay and they can’t afford to make Bumrah bowl three overs. MI’s bowling stocks appear weak so their batters need to work hard this time around,” he further said.