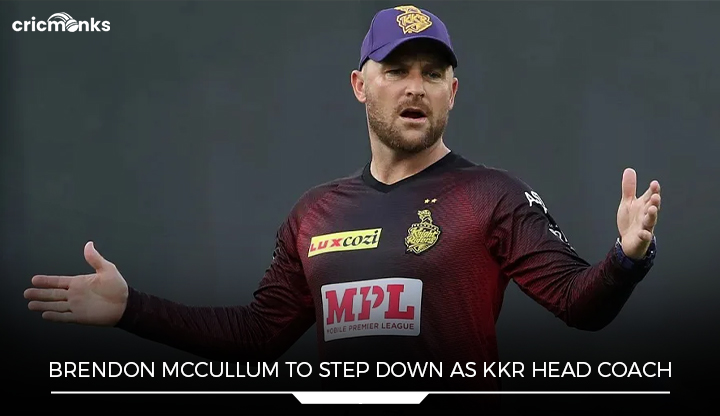 Brendon Mccullum needs no special introduction to any cricket fans as the world knows his brilliance with the bat and on the field. The Kiwi legend is a well known figure especially in the Indian circuit due to his coaching career. He was a part of the KKR setup from 2019 and took them to the finals of the IPL last year. But now, reports suggest that the Kiwi legend is set to take up the England Test team’s head coach role. He is set to replace Chris Silverwood and it will be the first time that Mccullum will be taking a full time coaching position of any national side. Prior to this he was the coach of Tribango Knight Riders in the Caribbean Premier League as well.

McCullum was well known for his aggressive mindset during his playing days. He is the epitome of belligerent thrashing as he still holds the record of the fastest ever Test century off just 54 balls in 2015/16 season against Australia. He was not just a basher who scored quick runs with his power, but he also had the temperament to play longer innings like the best in the world does. A highest score of 302 in the test level proves that McCullum was more than just an aggressive opening batter. He tried to implement his aggressive nature in his coaching career as well. The fact that his team always tries to attack right from the start suggests that McCullum wants his players to apply pressure on the opposition from the beginning itself.

Silverwood was sacked from the England head coach position after he suffered a huge loss against Australia in the Ashes. The England Test team were thumped down to 4-0 and Paul Collingwood had to take over as an interim coach after that. He served the position during the West Indies series later that year. That time also, England lost the series to the Caribbean side and the management decided to announce a new head coach for their Test side. It is said that McCullum has already informed everyone that he will be leaving the franchise right after the ongoing session to join the England side as their new head coach. The irony is that England will be playing their next series against McCullum’s own New Zealand for a three-match Test series.

“He told us that he will not be joining KKR in the future since he has accepted a position as England cricket team coach.” He notified us a few days earlier at a team meeting,”a KKR insider said

The England Cricket Board finally arrived at Brendon McCullum

The ECB held interviews last week for each of England’s white and red ball head coaching posts, after new managing director Rob Key’s choice to divide the responsibilities after Chris Silverwood’s resignation. Former South Africa and India head coach Gary Kirsten was regarded as a top candidate for the job, with the ECB expected to announce a decision by the end of the week. Former Australia batter Simon Katich and former England all-rounder Paul Collingwood were both involved in the process and are still in the running for the white-ball position. The ECB’s preference for McCullum for the Test position is surprising, given that the former New Zealand captain is more recognised as a white-ball expert.

Given McCullum’s strong candidacy, England men’s cricket managing director Rob Key has stated that the ECB has to concentrate on developing more indigenous coaches, conceding that the lack of English coaches is a failing of the ECB system.

“That is a flaw in the system, and we need to fix it.” When I read anything online, you are constantly tipping abroad coaches, which is our issue at the ECB.

“You can’t be telling me there aren’t any excellent English coaches out there.” We have this entire framework in play, and we need to make it an enticing job and process. There are many individuals in our game who have strong opinions, and we want them to coach. It can’t always be blamed on someone else. “What should we do?”